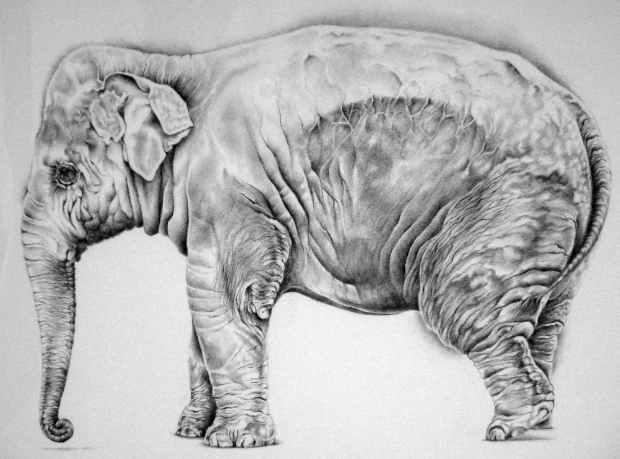 Welcome to Drawn to Animals

This blog is about animals and art, particularly when the art relates to animals.

This book is a collection of my drawings, watercolours, etchings and sketchbook studies showing an artistic journey that has taken me across many continents to observe animals first-hand. It includes fascinating facts about each animal .

The posture of the sleeping lion appealed to me because I was surprised how gentle it made him appear. With his paw resting under his muzzle he was an enormous, if awesome, cat at rest. He lay so still that flies rested undisturbed on his face.

Here’s how I made the painting:

Check out the stages in the video.

Lions are good subjects to draw –

because they spend a great deal of time lying still, snoozing or basking in the sun. They may rest up to 20 hours a day. I saw many of these carnivores, often at quite close quarters, in both Tanzania and Botswana.

Lions have have been the subject of many artists.

Sir Edwin Landseer, a prominent and talented British animal artist of the 19th century, whose work is now rarely seen, was fascinated by them.

Landseer also designed and carved the large lions that were cast in bronze and sit around Nelson’s column in Trafalgar Square, London. John Ballantyne painted Landseer working on one of the lions (below), which also shows a preliminary Landseer drawings in the bottom right of this painting and on the far wall behind the completed lions. Ballantyne’s painting now hangs in the National Portrait Gallery, London.

Wildlife seen in my garden in March.

The Horse in Art

The horse has fascinated artists throughout history.

Two paintings in the National Gallery London that fascinated me as a child, long before horses came into my life, were Horse Frightened by Lightening, by Theodore Gericault, and Lion Attacking a Horse, by George Stubbs. Neither particularly nice for the horse! But both with a sense of drama.

Don’t hesitate to reach out with the contact information below, or send a message using the form.

Send me a Message

Susan is an award winning international artist. She has an MA in Fine Art and a PhD in Archaeology from University College London, with work published on art from the prehistoric Aegean.

She has shown at many national and international exhibitions, including at the Royal Academy Summer Exhibition, The Mall Galleries, The Bankside Gallery and the Westminster Gallery in London. She is Vice President of the Society of Graphic Fine Art (who will have their 100th annual Open show at the Mall Galleries, London, July 2021). She is also a Silver Signature member of the UK Coloured Pencil Society, a member of the Association of Animal Artists, a member of the Fine Art Trade Guild and of the Association of Art Historians .

She has a particular interest in animal subjects and her work is held in collections at home and abroad.